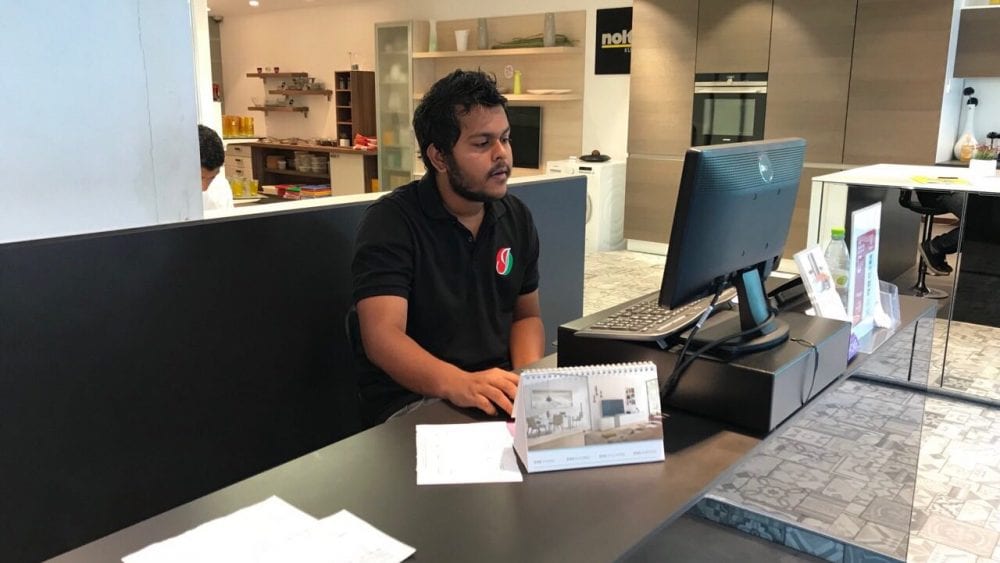 For those who may be interested to know the history of QBDocs, I thought of sharing it here. It has a very long history. It started its development way back in 2008. The very first version of QBDocs were developed in MS Access. Now we are developing version 4.0.

I was always excited about coding and how the codes produce the end results based on exactly what you code to do. IFs & WHAT IFs in codes are the very initial codes that excited me. By then I had tried many interesting financial formulae in Excel Sheets. I have worked on Excel Macros. Additionally, around the same time, I have developed a comprehensive Student Record System at Maldives Center for Management & Administration (MCMA), where I was working as the Head of Accounting Course using MS Access.

Most of the coding of MS Access version of QBDocs was done during a long break that I had to take away from home and work for medical purpose of my wife. The initial codes were written in a hospital room while staying awake at nights. Late nights are always a much cooler time for me to work! The most interesting part was the linking part in this version. I could not find a way back then to link seamlessly with QuickBooks. So, I had to develop a way to write the data to a files and these special format files to be used to exchange data between QuickBooks and QBDocs. Well, though with these hassles, the very first MS Access version was put to use in 2008 at FALIM Group Private Limited.

Soon, after it has started to give its benefits, Accounts staff started complaining about the nature of integration that’s done. Moving data through files became an issue. During the same time, we have created an application development subsidiary company. It was named Work Flow Technologies International Pvt Ltd. My friend Khaleel was heading the company and also was the Technical Head back then. We both set to write the next generation QBDocs as one of the products. Without a proper design document, we both had to work together daily on the product. I explain him the needed functionality and he does the design and code. Almost a year went into it and we completed about 70% of the functionality. However, it was using up the licensing and hosting application of an Enterprise Level Software we developed. So, it was not the perfect fit for a small add on of this nature and before we could complete and launch the add-on due to various issues we faced, during that time, we had to cease the operation of our software development company. The next generation QBDocs did not come out to the market.

I did not give up on it. Given the fact that I only had the knowledge I received through my degree in Business Administration and Certified Accounting Technician, with a lot of knowledge on bookkeeping and accounting, I was not able to come up with a proper application.  I was never formally taught programing. The little coding I knew was from what I have learnt in Ms Access on my own. If I am to write QBDocs, the only option that I see back then was for me to learn a proper programing language. I did long hours of research on internet and I decided and determined to learn Visual Basic .Net version. That was the only way. So, I Installed Visual Studio and played with it. Compiled small Executable files and learnt how the forms works and then the next challenge was the choice of the database file to be used. After testing few light weighted database options decided to go with MS SQL Compact Edition which can be easily embedded into the code.

After almost a year of coding, the first version of QBDocs was launched in 2010. It took so much time to complete it mainly because I did everything on my own. I had to learn and do it. Each time I go into a deadlock, I had to research on internet and find the solution by myself. The design of the software, licensing, integrating with QuickBooks, Document Designing were a lot of work for me with all other work that was surrounding me.

In version 1, we had only Payment Voucher and Check printing Functionality, with a lot of bugs, of course. Quickly I fixed all the known bugs and released V1.1 and later same year 1.2. In 2012 we added Receipt printing functionality in Version 2, which was the most stable version and it was sold for almost 3 years and in 2015 we released Version 3 with Journal Voucher printing functionality as well. We will be releasing a new upgrade to the add-on very soon.

That’s a brief history of QBDocs and I would be doing another article soon on its functionality and what is to be expected in version 4.0.